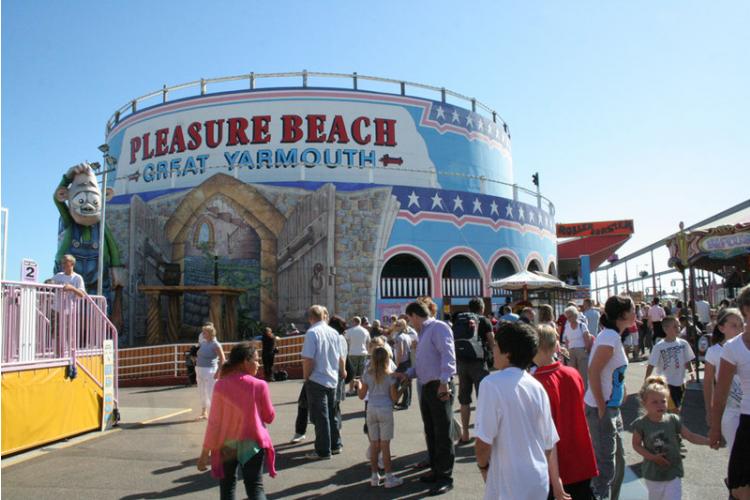 Great Yarmouth has long been synonymous with the British seaside resort tradition with its fun-filled beaches attracting millions of visitors every year.

But it was not always so. Before its ‘discovery’ by British holiday-makers keen to escape the city smog and enjoy some fresh air and sea bathing, Great Yarmouth was no more than a sleepy fishing town.

Here, we chart the Norfolk town’s transition from quiet east coast fishing port to famous seaside resort and the development of its much loved pleasure beach.

Great Yarmouth is believed to have been founded by the Angles who settled in Britain after the Romans departed. By the time of the Domesday Book, it had grown into a small town and it steadily prospered throughout the Middle Ages thanks to herring fishing.

Its success as a town was boosted as its competitor ports in Kent silted up although the denizens of Great Yarmouth were also forced to dig new harbours due to silting – the present haven dates from 1614.

Fishing, ship building and trade with Holland, meant Great Yarmouth flourished right up to the 20th century when the herring industry went into terminal decline.

However as herring fishing waned, a new industry sprang up in Great Yarmouth – tourism.

The dawn of the seaside resort: 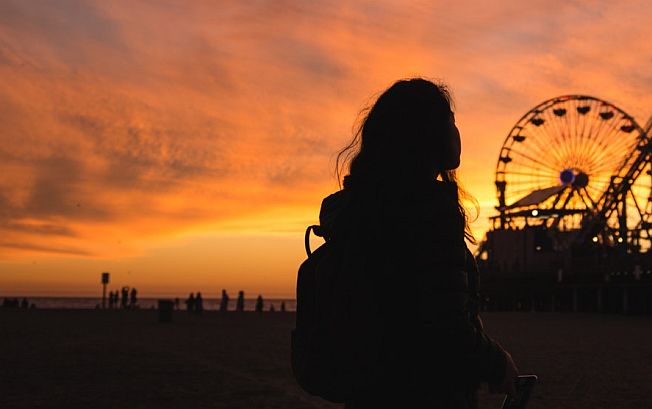 Towards the end of the 18th century, as the industrial revolution blackened Britain’s towns and cities with coal fire and smog, people began to seek out health enhancing breaks from the urban air. It became widely believed that sea bathing was good for the health and so the rich and fashionable started to flock to the seaside.

This was when the grand seaside promenades seen at Great Yarmouth, alongside many other iconic resort towns like Brighton, Margate and Bournemouth were built to house the pleasure-seeking elites.

It was the development of the railways that opened the British seaside holiday up to the masses. The railway reached Great Yarmouth in 1844 and the town flourished. 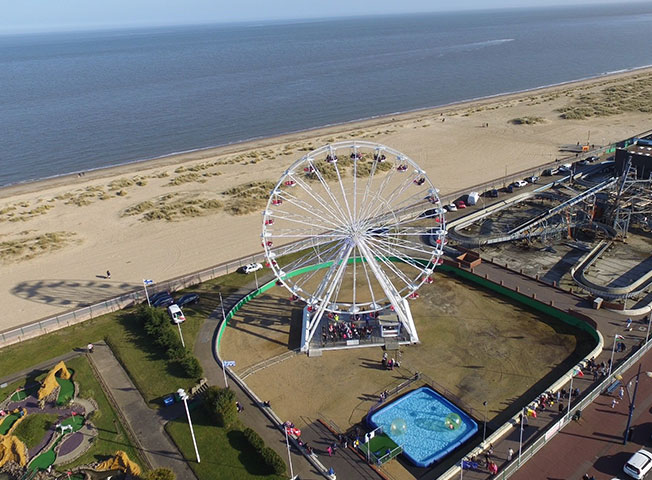 As crowds began to pour into Great Yarmouth, the town responded with Wellington Pier, built in 1854, Britannia Pier in 1858 and the town’s first cinema opening in 1908.

In March 1909, Great Yarmouth Pleasure Beach opened for the first time and the town truly came of age as a seaside resort.

The seafront amusement park was the brainchild of a young C.B. Cochrane, who would go on to become a famous theatre manager and impresario closely associated with Noël Coward.

He persuaded the local council to grant a lease for a scenic railway – a small brake-controlled roller coaster – on the beachfront with a second attraction, the Joywheel added in 1911. The park was an immediate hit and visitors thronged to try out the rides but the outbreak of war in 1914 put an abrupt stop to all the fun.

Its position on the east coast made Great Yarmouth vulnerable to German attack and the town suffered a zeppelin raid in 1915 as well as being bombarded by the German navy in 1916 and 1918 shortly before armistice was finally declared.

In 1923 the town council gave permission for the Pleasure Beach to be revamped and extended, so when the Scenic Railway came to the end of its lease in 1929, it was replaced with a giant water chute.

As the popularity of the pleasure park grew, so did the scale of its budgets and ambition. The Pleasure Beach owner Pat Collins purchased a large new Scenic Railway which had been built especially for the Colonial Exhibition held in Paris in 1929 by Herr Erich Heidrich of Hamburg, a famous German expert in scenic railway design.

The ride was carefully taken apart and shipped over to Great Yarmouth to be reassembled by the German team who had created it. 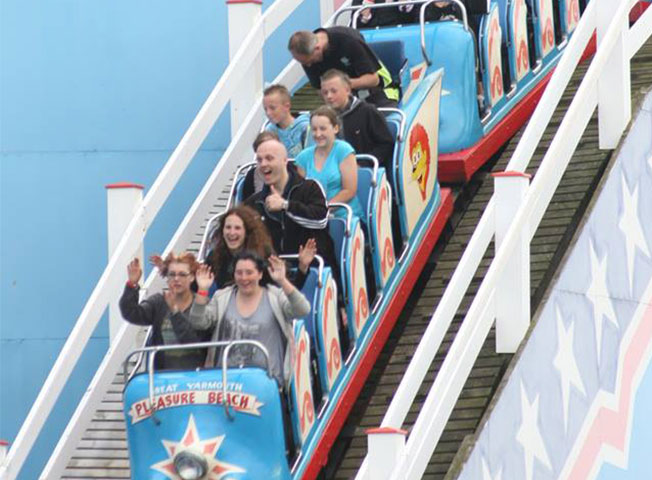 One of the UK’s first large scale roller coasters, the Scenic Railway opened in the summer of 1932 and remains a focal point of the Pleasure Beach to this day. Now designated a Grade II listed building, the ride – called the Roller Coaster – can carry 2,500 passengers each hour.

But the fun had to be put on hold once more when Europe was dragged into war again in 1939 by the threat of Nazi Germany.

Sitting conveniently on the flight path from Germany to other UK locations, Great Yarmouth was an easy target for the German bombers. St Nicholas Church and much of the old town with its narrow medieval streets was destroyed during the World War Two.

But during the post-war years, once the dust had settled and the rebuilding process begun, Great Yarmouth experienced another surge in popularity. 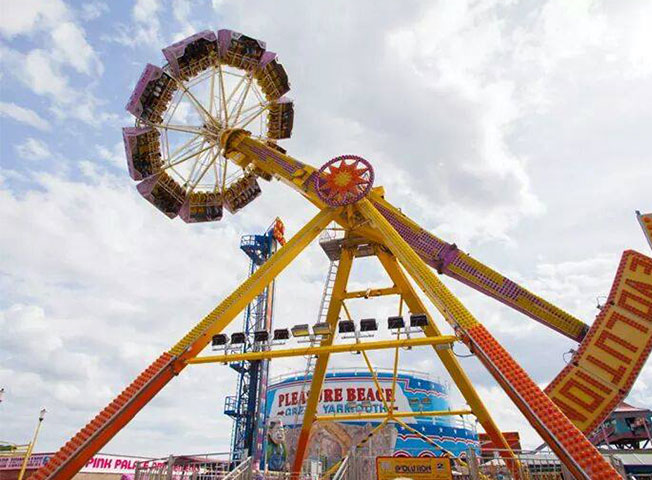 In 1954, the Pleasure Beach came under the ownership of the Botton Brothers, Albert and Jim, whose family had run a travelling fair around London and the southern counties since 1923. They introduced a series of new rides and improvements to the Pleasure Beach.

In 1954 the iconic three-abreast Gallopers ride, built by Savages of King’s Lynn, arrived at the Pleasure Beach. The 36-horse ride remains in pride of place at the entrance to the park.

Albert Botton and his wife Lottie moved to Great Yarmouth in 1966 to focus on enhancing the amusement park, asphalting the whole site and bringing in new attractions.

When Albert died in 1975, the running was taken over by his son-in-law Jimmy Jones who also had a traditional showman’s background having worked on his parent’s funfair in Bristol from boyhood. He first worked for the Botton family at Olympia Circus before moving to Great Yarmouth to run a Pleasure Beach arcade.

Jimmy and his family grew the Pleasure Beach to the form enjoyed today by millions of visitors every year.

In 1992 the various Botton Bros companies were brought together under a new name, Pleasure & Leisure Corporation PLC. The newly formed business purchased the freehold of the Pleasure Beach site in 1993 and Jimmy Jones handed over the day to day management to his son, Albert, while remaining in place at chairman. 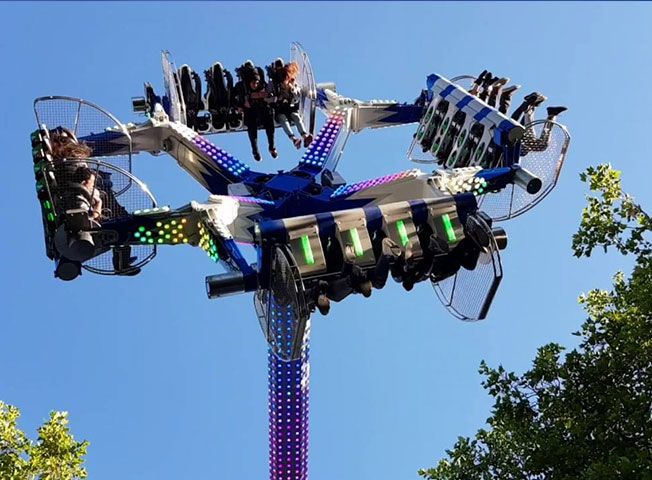 In 1996 the Pleasure Beach acquired three more acres by taking on the Nelson Gardens, now re-named the Pleasure Beach Gardens, which offers a quieter area to relax away from the hustle and bustle. New rides are introduced annually – this year’s offering being the nail-biting Air Maxx 360. 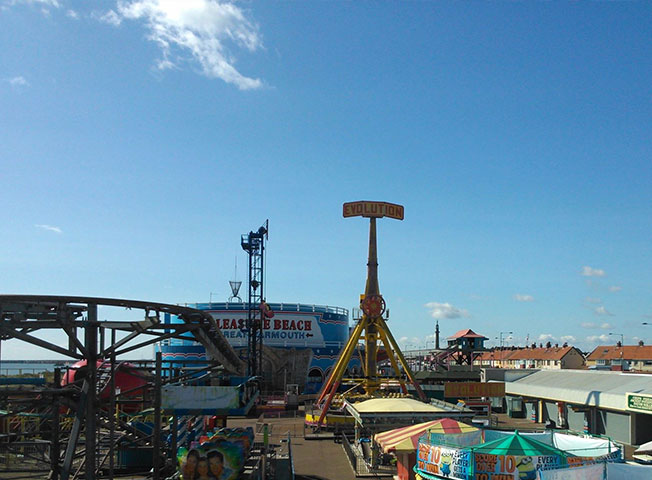 While many traditional British seaside resorts took a battering with the emergence of cheap flights and package holidays to Spain and other sunnier climes in the 1970s, they have seen a resurgence in popularity in recent years. The British continue to love a seaside holiday and nowhere does it better than Great Yarmouth.

With its 15 miles of uninterrupted sandy beaches and shallow seas, its Pleasure Beach and dozens of other wonderful attractions as well as the Norfolk Broads on its doorstep, Great Yarmouth welcomes more than a third of all the visitors to Norfolk each year. 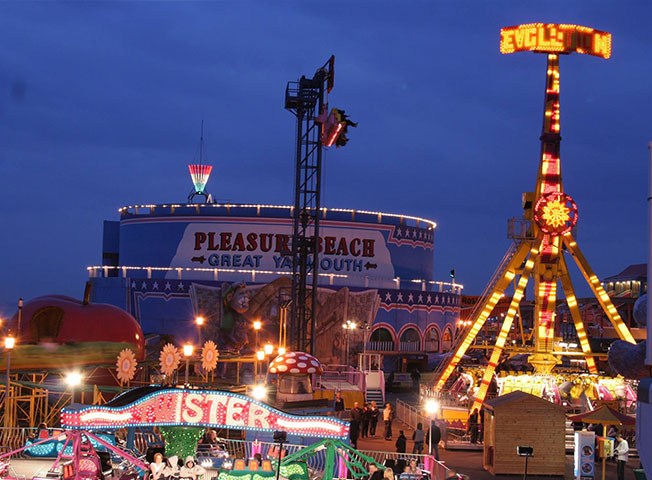 The town’s seafront underwent a £20 million revamp which has encouraged a flurry of private investment with plans now underfoot for a new £26 million health and leisure complex on the Golden Mile.

With more than 5.5 million day trippers visiting Great Yarmouth each year, the town has successfully maintained its position as one of the UK’s leading seaside resorts for more than two centuries.

The Imperial Hotel is beautifully located right on the seafront, overlooking the golden sands of North Beach and just a few minutes’ walk from the town’s many attractions, including the famous Pleasure Beach.

So, if you are planning a summer holiday break in Great Yarmouth and want to be on the promenade with its stunning sea views, the Imperial Hotel is the perfect choice.