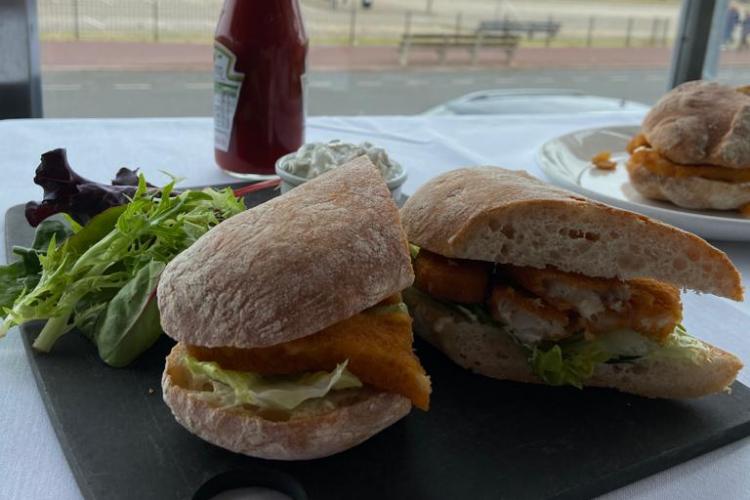 Who knew that fish fingers would become such a topic for debate?!

At question 17 in Aileen's lockdown seaside quiz to celebrate English Tourism Week 2020, we all found out that fish fingers were indeed developed in Great Yarmouth, at the Bird's Eye factory. From 1945 to 1986, the factory could be found on South Denes Road near the river. Fish fingers first rolled off the production line in September 1955.

The idea was originally coined by American scientist and explorer, Clarence Birdseye, and then developed in the Great Yamouth Bird's Eye factory by Mr HAJ Scott. The original product was actually made from Great Yarmouth's famous herring but was soon replaced with cod. And it was the female factory workers who named it the fish finger. Until then, the product went under the working title of 'battered cod pieces,' which wasn't terribly catchy. Fish fingers were officially launched to the country on 26 September 1955, at a sales conference in Brighton. Soon the Great Yarmouth factory was working overtime to keep up with demand. And within a decade, fish fingers accounted for 10% of British fish consumption.

As the completed lockdown seaside quiz entry forms rolled in, fish-finger sandwiches became a topic of some debate here at Imperial Hotel, when we discovered that neither Grant nor Ralph had ever eaten one! Can you believe it? We were shocked.

Aileen dashed out to the nearest shop to buy some so Head Chef Peter could make them both a fresh fish finger sandwich to try for their supper. But then the chefs got talking ...

Brown bread or white bread? Maybe ciabatta? What about wraps? And that was just the discussion about the bread.

What about the sauce? Ketchup, mayonnaise or tartar?

And as for the garnish? Lettuce or gherkins? 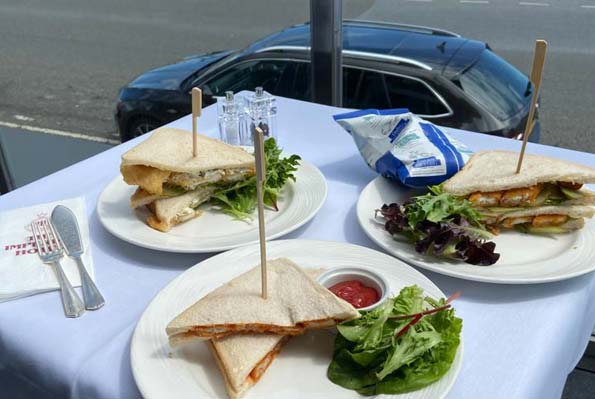 The chefs initially made three different fish finger sandwiches with white bread for Grant and Ralph to try.

And we all concluded that they definitely look and taste more delicious with lettuce or gherkins than 'on the rocks' which just looks a little bit unloved! Some discussion later, we decided to ask our lovely friends and fans on social media how they eat theirs. Perhaps there's a magical formula which makes the perfect fish finger sandwich out there, just waiting to be discovered.

Because after all this talk, we're seriously considering putting a fish-finger sandwich on the menu when we re-open. it's part of Great Yarmouth's heritage after all.

Published by Imperial Hotel, within the category of Local Area and tagged with heritage, food, Norfolk Food and Drink,