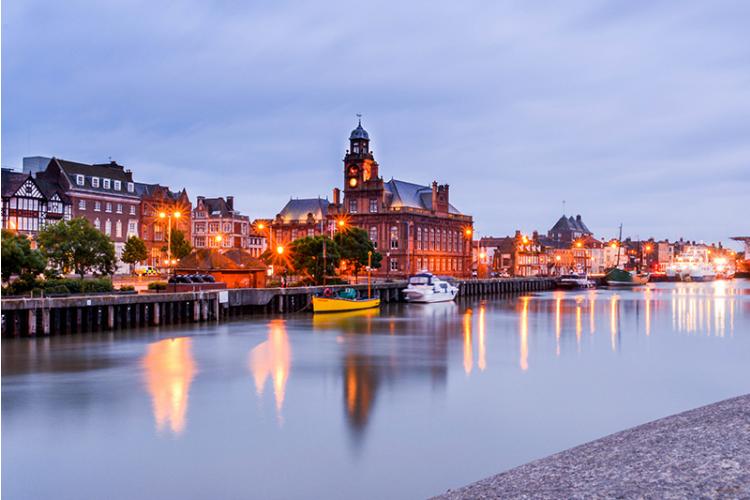 It started with a scout

Earlier this year a trickle began with a film scout and ended in a flood of at least 200 people crashing at our Great Yarmouth Hotel on the 23rd May. The cast and crew of Danny Boyle’s new film were ready to go. The Imperial was doubling for the Pier Hotel in Gorleston.

The excitement was infectious, and rightly so. There are filmmakers, and then there are members of British film royalty. Like a cup of tea, a roast or accidental sunburn – Danny Boyle’s films (Trainspotting, Slumdog Millionaire) are a part of our cultural identity.

So, yes. We were honoured to invite Danny and crew to our seaside hotel in Norfolk.

A musical comedy about The Beatles

Any film about The Beatles clearly needs to be a musical. It’d be weird if it wasn’t. The current working title is All You Need is Love. The plot unfolds after a busker awakes to a surprise…he is the only person able to remember The Beatles. Considering they’re (arguably) the most influential band of all time, a strange morning no doubt. Or whatever time. Musicians sleep in sometimes.

Of course, Lily and Himesh are well known in their own rights (Downton Abbey, EastEnders), but, you did read that correctly. Music titan Ed Sheeran came to Great Yarmouth and set foot in The Imperial Hotel. Honestly, not something we expected. He’s cameoing in it and writing some of the score.

Danny Boyle, and Ed Sheeran combined is enough to make anyone starstruck. For our lucky guests and staff, seeing famous faces and the enormous amount of equipment used in a feature film was captivating. No wonder they’re so expensive.

Surely, The Imperial Hotel was a little busy?

It’s true, what with staff, guests and Danny Boyle’s platoon our usual level of hustle and bustle was cranked up. Before filming started, we were worried our hotel would be taken over, however, everyone was respectful of our business. We thank them for that. All we had to do, pretty much, was clear the function room and put up some film friendly lighting.

Thanks to Google we’ve given some deeper details about the film in this blog. At the time all we knew was, Danny Boyle + film about the Beatles. It was mysterious, and that made it fun – a not so secret, secret production. There’s a few murmurings about it on The Web now, so perhaps we’ll get more of a plot and a release date soon.

At The Imperial Hotel, opening our doors to the film industry was a brilliant experience – one we’ll not forget. We’d do it again…although it’s likely to be a once in a lifetime event. Still, once is better than never.

Is your Beatlemania beginning to stir? Are you going to struggle to wait for the film? Well, why not visit our hotel, grabbing a head start and a breath of relaxing sea air to calm yourself.

It’s also worth pointing out that Great Yarmouth was not only a haunt for the Beatles, but an iconic destination for Mods and Rockers from all over the country in the 60s.

For all but strict lovers of classical music, that’s cool, is it not?

P.S. We appreciate all forms of good music.