Ideally located for all your business and conference needs...

Park with confidence in our large car park covered by CCTV...

Dine with us and taste culinary excellence for yourselves

Weddings by the sea

About The Imperial Hotel

THE MOBBS FAMILY HAVE OWNED AND RUN THE IMPERIAL HOTEL SINCE THE EARLY 1930S.

Until the last 1960s,the Norfolk beach hotel was originally run by grandfather Campbell Lindsay who originally hailed from Aberdeen. Nick’s parents, Roger and Jill Mobbs took over the helm running the business until the late 1990s. Nick joined the business in 1984 straight from University as the Hotel Manager whilst his father, Roger, ran the kitchens, and mother, Jill, looked after Housekeeping.

Nick and Aileen first met at the Scottish Hotel School at Strathclyde University in Glasgow in 1981, while studying for degrees in Hotel and Catering Management. As Nick unexpectedly went straight off to Great Yarmouth, Aileen left university and went to London to pursue her catering career in the city, working at places such as Citibank in the Strand, British American Tobacco at Westminster and Arthur Young accountants, in order to develop her management experience.

Nick and Aileen were married in 1987 at which stage Aileen joined the family business. Together, they took over the Imperial Hotel completely in 2002. Over the years Nick and Aileen have worked tirelessly to raise the standards at the Imperial Hotel to become a luxury hotel in Norfolk. Over time, they have taken the hotel from being graded as a two star property to being a four star property, boasting the resort's only 2 AA rosette restaurant, and is now considered to be the premier hotel in the area. From the early 1990s Nick has put to good use the wine knowledge that he gained whilst at University under the tutelage of David Steel, where his first wine success came from winning the prestigious Harvey's wine award for blind tasting.

This laid the foundations for Nick to enter the world of Sommelier competitions both in the UK and Internationally. In 1993, he won the Ruinart UK Sommelier of the year competition at the Savoy hotel in London, competing against the top professionals from the capital. Nick went on to represent the UK in the world finals in Rio de Janeiro and a European final in Reims. These successes have led to the Imperial Hotel enjoying a reputation locally for an excellent wine list as well as superb cooking, whether it be in the 2 AA Rosette Cafe Cru Restaurant or The Terrace. Nick and Aileen continue to have very active roles in the day-to-day business. They have two daughters, Madeleine who is 28, and is currently working for Morgan Stanley in Canary Wharf in middle office doing corporate actions. The younger daughter Heidi, who is 26, works at the Marriott Bristol Royal Hotel. Sam the Labrador will be 7 this year - he continues to help on reception, behind the desk, charming all who come in.

in 2017, Nick and Aileen were awarded the prestigious EDP Food and Drink Awards Outstanding Achievement Award. 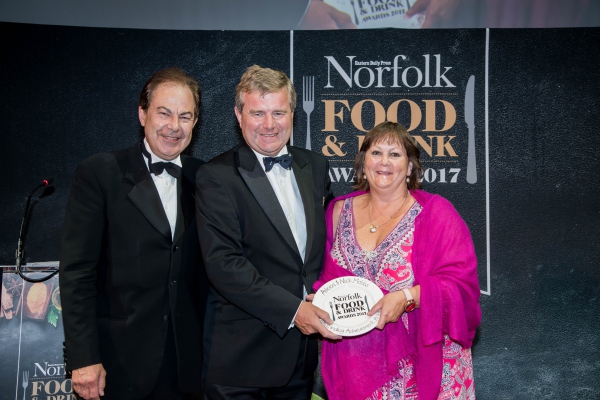 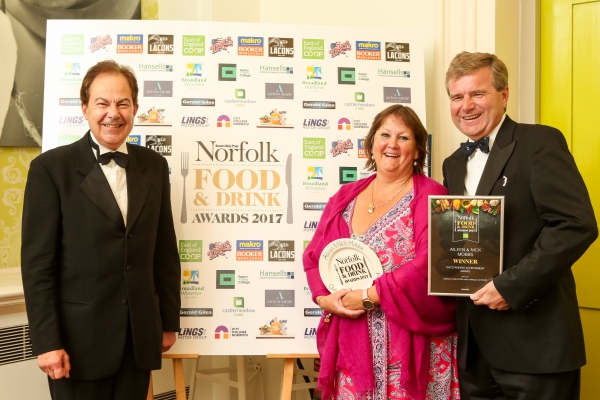 In September 2020, Grant Smith was made a Hotel Director. Grant's Mum, Jill, is one of the hotel's longest serving managers. Nick and Aileen fervently wish for the hotel to remain independent and in 2018 they implemented a training scheme for the hotel's superb management team to teach them how to take responsibility and ownership for their department. After 6 months, it was clear that this was an area in which Grant excelled and for which he was incredibly enthusiastic. They realised the potential solution had been under their noses all the time, and with more training and experience, Grant could take on far more responsibility. The management training programme really opened Grant's eyes to many other aspects of the business. Superb customer service is essential but Grant's discovered he also loves spreadsheets and numbers, the challenge of making the finances balance, forecasting and thinking strategically, making plans, taking big decisions and still working with the team on a daily basis, making sure the Imperial way is still at the heart of everything they do.

Great Yarmouth born and bred, Grant, 28, freely admits he wasn't the best student at the local high school. He much preferred his Saturday job at the hotel, cleaning windows and dusting the tops of wardrobes. When he left school, Grant started a plumbing course at Great Yarmouth College but it wasn't really what he wanted to do. He asked Nick for a full-time job instead. But Nick wasn't keen because he really believes that having an education in a subject you're passionate about and which can help you on your way in life is really important. So Nick offered Grant a hospitality apprenticeship instead. Grant achieved his NVQ level 2 and the rest is history.

Thinking back, Grant remembers that when he was 16, he'd told Nick that he'd have his job one day. He hasn't got there yet, but this is definitely a huge step along the way. It's true that school wasn’t really Grant's cup of tea, but the hospitality industry definitely is. The longer Grant works at the hotel, the more passionately he feels about it.